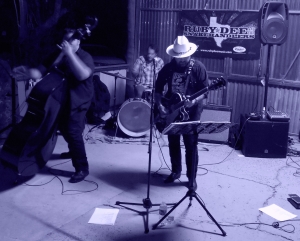 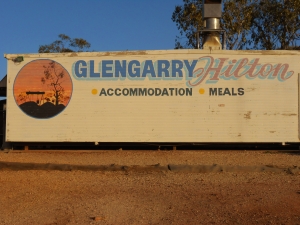 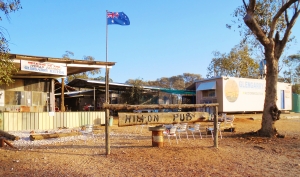 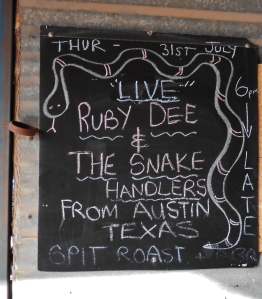 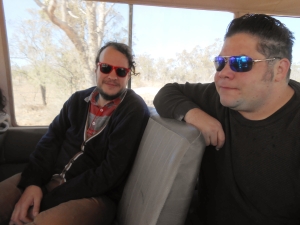 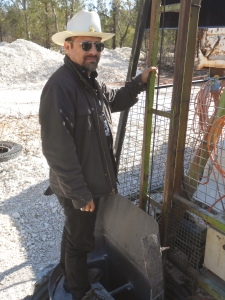 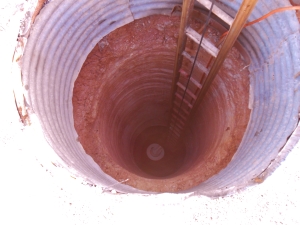 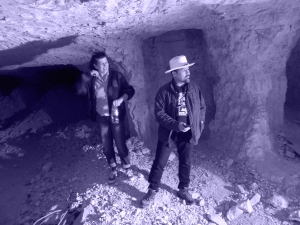 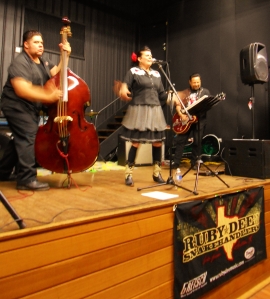 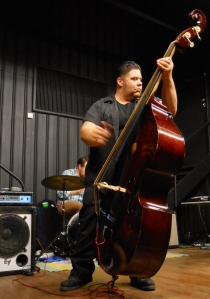 Well, it was a week ago that I drove away from the Brisbane Greazefest as I had to get back to my peeps, to seem them before heading off to Melbourne for a week, and tonight, as I was checking out of the Hotel early, to get back to Sydney to rescue my day gig, I saw some lovely Dames in the Foyer, who looked familiar, and I asked them “where you Gals heading?”, They said “Greazefest Opening Party Tonight! So I am officially the only guy that has driven out of town when everyone else is driven in. Strange, because you know it doesn’t bother me too much. I want to see my boys. I have not cuddled them in 6 days, and I have to work for another week before there’s a break. Its all evidence that Music is squarely on the back burner for the moment. It’s an odd feeling, but family first right now.

But Family life was interfered with when I got the late distress call from Ruby Dee and the Snakehandlers. They needed a driver to take them from Sydney, To Bourke! The Brisbane. 3 gigs, 3 day’s , 3000 klms. All part of their whirlwind Australian tour. With all the help that I have been given by Texans, I simply couldn’t say no. I am glad now I didn’t too. What an amazing trip, with four beautiful people, and If I can’t get to Texas right now, I am sure glad Texas came to me.

I met the guys at the Shady Pines gig in Sydney. It was a Monday night, and they needed a driver, as they had worked out the hard way we are the 3rd most expensive city in the world! I had not been to the Shady Pines, and what a kooky little piece of down home it is, and a fitting place for these Lone Stars to play. It was nice to get to know the band, and I bid them good night, knowing that the next time I would see them would be bright an early at Star City after their Rock Lily show. I didn’t go, because I was the only Driver, and we were having to make it to the Glengarry Hilton, an Opal mining town out the back of Bourke! I was going to be a race against time. The Mayor of Brewarrina Shire was going to meet us at Walgett, as he was the reason the band got it in their crazy minds to make it out to the land of OZ. He had seen them at SXSW and said if you ever make it downunder, I will help you out. They did, and he did. So off to the back of Bourke we go. Ruby and the Boys didn’t want to risk driving on the wrong side of the road, so I stay caffeinated and the rockabilly tunes rolled, and the usual crazy band stories and humour flowed.

There was not a lot of time for sightseeing but I did stop at the Garden of Stones Look out up the Mudgee road. It’s a spiritful place, and I always feel close to country there, and I wanted the band to experience it.

Stopped at a good old Aussie Milk Bar for lunch at Dunedoo, and it was good to hear the guys have to order chips rather than fries and deal with the disappointment that nothing is refillable here, except the water. In the states, once you buy the cup and the first drink, they will keep topping it up till you explode!

When we got to Walgett, I could believe that the Mayor, Graham was a bloody Chucks Wagon fan, who would have put this small world together. We had no time to dilly dally so we headed out to Glengarry. As the road got further out there was a lot of wild Emus and Roo’s which was very cool, the Aussie bush turned it on for our visitors. It was a rugged trip out on the dirt road and I must say I wondered more than once, where the hell are we? , but when we pulled into the Glengarry Hilton, it was unbelievable. What an amazing place. A pub made out of tin sheds and cement slabs and a whole tree was the fire for the night. The word had got out that something special was happening, and there was a lively crazy eclectic crowd. Outdoors, Stars Shining, fire Blazing Ruby and The Snakehandlers ripped it up. As with most mainly original bands , took the crowd a while to warm up, but they through in some Patsy Cline and Johnny Cash, the by the end of the night the place had well and truly blown its load. Awesome night, great people, and we were pooped, so it was off to bed, bunk style. Been a long time since I was on the top bunk, but I was too tired to care. It was cool waking up to the quiet camp. I got up made a coffee, cleaned up, and then helped the cleaner. It was fun hearing about the town from a fella who just rolled up back in 92, and never left. That day the owner arranged for us all to head underground and see how opals were mined. It was cool as shit, I had never seen anything like it, and the mine we were in had just discovered a four million dollar Black opal only a month before!

It was a surreal experience being under there, but one I will never forget, and a real treat for the band. Thank you Glengarry. So we then rolled over to Brewarrina for the nights show at the R.SL, and ended up at another milk bar, and low and behold , here’s the Mayor and his lovely wife. We ate, drank and was merry before getting rest before the nights show.

It was great to see the band tackle a classic Aussie rissole, and the crowd took some warming up, as I don’t think they had even seen a Bull Fiddle before, let alone heard a band from Texas, but eventually the dance floor got some bods on it, and I had the pleasure of dancing with Media celebrity and Aussie cult Classic film star from Puberty Blues, Nell Schofield, and by the time stumps was pulled, it was bedtime, cause the next day was a 10 hr drive to Brisbane. It was a great day, checked out Lightening Ridge, due to a wrong turn from me, but got the guys to Brisbane on time, and then I was struck with the dilemma, do I go to the show or head home, even though I was pooped, I wanted to head home, so there was the first Greazefest I drove away from. I left the band in good hands, and knew I had made some friends for life. It was fun to follow the shows on face book, and when I knew they had flown off, I felt some sadness, and envy, as they were heading to Texas!

We talked about doing some shows together in Texas, and I must say I was excited at the thought of heading out on the road with the Snakehandlers in Texas. You never know, it could happen sooner than you think.